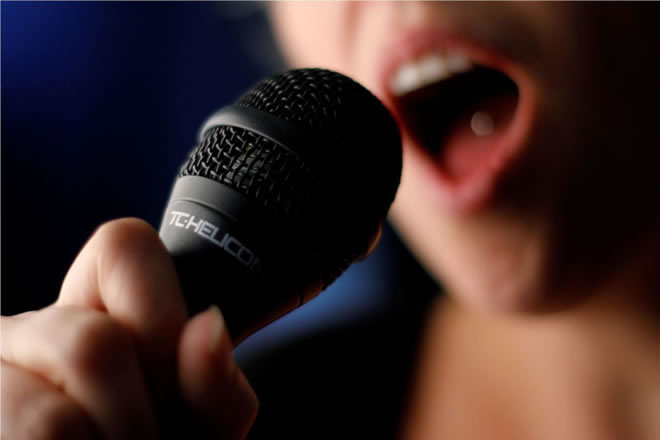 This is part two of my interview of Dr. Robert Bastian for Classical Singer Magazine regarding Vocal Surgery, myths and more.  If you missed the first part you can read it here:

“Speech/voice therapy also prepares the individual for surgery with instruction in anatomy, the mechanism of vibrational injury, what to with voice perioperatively, and so forth.  And of course, if the singer begins to improve in the first month or two of therapy, that may encourage him or her to give it more time to see if surgery can be avoided.”
Dr. Robert Bastian 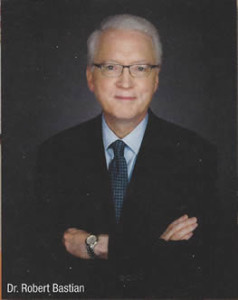 RB: How have techniques and instrumentation changed since stripping?

DrB: You now use tiny, tiny forceps that allow you to grasp a very specific part of the fold and you then use scissors with blades measured in millimeters to remove only the lesion, with no margins.  The resulting “wound” – the term almost doesn’t fit – is tiny and very superficial.  There is no incision for the majority of singers – although for certain uncommon disorders, like cysts, a tiny incision and dissection technique may be used.

Of course, different surgeons who currently operate on singers will have some differences about exactly the best technique.  Yet, if they have consistently great results judged by rapid return of that “boy-saprano” pianissimo in highest reaches of the voice and videostroboscopically proven restoration of vocal fold margin and oscillatory ability at very high pitch, then such differences of opinion are fine.

RB: Is there still risk involved?

DrB: There is the tiny risk of general anesthesia and, despite use of a tooth guard, a slight risk of a roughened or even chipped upper central tooth.  Taken together, these risks are extremely small.  The real issue is that the precise degree of improvement cannot be guaranteed, even though the typical improvement is major – for nodules and polyps, that is.  It is also possible to get what I call the “110 percent result.”  The singer will say, “I want to get the voice back that I had two years ago, thinking my voice was normal then – but now I think I must have had a problem even then, because I can do things with my voice now that I have never been able to do before.”

Risk is greater for surgery that involves an incision and dissection, like for a cyst or sulcus.  The initial postoperative hoarseness will be longer, and the final result isn’t as good on average.  It is still possible to get a wonderful result after incisional surgery, but not as routinely as after nodule and polyp surgery.

RB: What about the use of lasers in surgery?

DrB: “Cold” instruments and laser each have specific best uses.  I use cold instruments where possible, but ask that every case be set up with the laser in the room on standby.  Why would a workman leave even an infrequently used tool at home?  Still, it is more about knowing what to do that [it is about] the specific tool.

RB: The argument I have run up against is that it creates a zone of destruction beyond the point of stoppage.

DrB: It is a beam of light that cuts, and there is a tiny zone of thermal damage.  This was a major problem with the original 1.0mm spot size, but dramatically less for the modern 0.2mm (that’s 1/5 of a mm) spot size, not to mention other kinds of laser.  It can also be counteracted by Bouchayer’s technique of saline injection for hydro-dissection and use as a heat sink.  Again, the surgeon’s understanding matter much more that the tool.

RB: What about vocal therapy?

DrB: It is virtually always appropriate, but individualization is the key when determining amount and duration.  Think, for example, of a person who is [moderately] talkative by nature, whose vocal demands are moderate, and who has lived to age 40 without any episodes of voice trouble but now has a “fluke injury” kind of hemorrhagic polyp after an episode of screaming.  Such a person might need a single session of therapy and, at the appropriate postoperative interval, to return to normal singing lessons.

Most injured singers need more because they are “vocal overdoers.”  That is, they are social and extroverted and vocal demands are great.  In this kind of person, the “quick fix” kind of surgery is to be avoided, because you could predict another injury at some point.  Speech/voice therapy also prepares the individual for surgery with instruction in anatomy, the mechanism of vibrational injury, what to with voice perioperatively, and so forth.  And of course, if the singer begins to improve in the first month or two of therapy, that may encourage him or her to give it more time to see if surgery can be avoided.

RB: What about teachers that spread fear of surgery?

DrB: Singing teachers who know of a disastrous outcome from surgery are understandably skeptical.  And they are right to convey the message that surgery is not the first resort.  Conversely, the teacher who has experience teaching singers with successful surgery in their past will be more likely to understand that surgery can be a very important option for otherwise irreversible mucosal injuries.

RB: Is there any circumstance where surgery is offered at diagnosis?

DrB: Yes.  A singer who cannot sing and has an epidermoid cyst has no real choice but to consider surgery – unless he or she is ready to retire from singing.  Also, the real world occasionally presents situations where practical considerations might trump an “ideal world” kind of approach.

For example, what if a singer has a large hemorrhagic polyp, supports his family through singing, insurance is running out, and has an exceedingly important, highly remunerative series of performance on the schedule in 10 weeks?  We sometimes have to forge ahead with surgery to salvage that scenario.  Life doesn’t always allow us to color within the lines.

DrB: It is usually someone who fits the “vocal overdoer syndrome” [see below] and who has struggled for months to years.  They are unhappy and in crisis.  They may or may not have had understandable frustration and emotion.  Some are in a kind of denial, thinking that the next teacher or technical breakthrough is going to be the solution.

Once a precise diagnosis is made and explained, we usually follow conservative measures for some months to prove irreversibility.  To satisfy a personal process, some singers require years of frustration and searching for alternate solutions before they are ready for this step.  We respect personal preferences and tailor the timing and sequence on an individualized basis.

RB: What role do the voice teacher and technique play in the formation of lesions, etc.?

DrB: I think the hands-down source of injury is what I call the “vocal overdoer syndrome.”  This is defined as the combination of intrinsic, personality-based tendency to use the voice a lot (using a seven-point scale, most are “sixes” or “sevens”) together with extrinsic demand or opportunity to use voice (occupation, performance, family, hobby, etc.).  When working with a student who is a “vocal overdoer,” voice teachers are overwhelmingly a source of wise counsel and care for the voice.

RB: What about vocal rest?

DrB: Brief, fairly strict rest may be fine for acute laryngitis, in the first few days after a vocal fold hemorrhage, and in cases of acute vocal trauma.  Much more often, I like better the idea of “vocal prudence” tailored to fit both the injury and the person’s life circumstance.

As for voice rest after surgery: limited talking and singing can resume on the fourth postoperative day.  Over the next few weeks, the amount of voice use is gradually increased.  Return to public performance is typically possible (with some obvious caveats and careful monitoring of “swelling checks”) within six weeks of surgery, sometimes less.

RB: Do reflux and allergies contribute to injuries and/or lesions?

DrB: They are not a cause but are often – yet not as often as often thought – a contributor.  Here’s an analogy.  Let’s say you are a gardener and on the first day of spring you go out and shovel and hoe and rake.  After two hours, your hands start to smart and you develop blisters.  The following year, beginning again with normal skin, you soak your hands in water for an hour before you go out the first time.  This time it only takes one hour for the blisters to form.  We would understand that it was still friction that caused the blisters, though the water may have lowered the threshold.  That’s how I think of allergy and acid reflux.

RB: What are your thoughts about high-profile surgical failures like Julie Andrews?

DrB: Without detailed information about the original lesions and the surgical technique, etc., I can’t really comment.  But for nodules and polyps, this sort of result should be extremely uncommon and even rare.

RB: Why is it important that voice teachers know about the role of vocal fold surgery?

DrB: Because voice teachers are viewed as experts about voice and as advocates and they are often the instigators of a laryngology consultation.  Also, the voice teacher is a very important part of pre- and postoperative care.

RB: What can singers do to guard against the occurrence or reoccurrence of mucosal injuries?

DrB: A working knowledge of “the vocal overdoer syndrome,” vocal fold microarchitecture, and vibratory behavior are in and of themselves protective.  Beyond this, particularly for the subset of singers who would describe themselves as a six or seven on the seven-point talkativeness scale, daily “swelling checks” are helpful.  I alluded to these previously.

A good test is to sing the opening phrase of “Happy Birthday” in a “boy-saprano” pianissimo going up by half steps.  The singer goes up until there is a change of quality (hoarseness, breathiness, etc.) and then, on that same [top] note, does a five-note descending staccato figure.  If the voice is better with the onset, it is a prephonatory gapping issue.  If it is the same or worse, it is more likely to be swelling and vocal prudence should be used.  Of course, common sense things like hydration reflux management are important.

RB: What are the biggest vocal myths?

DrB: One is that if I have a big voice, then it is normal not to be able to sing a true pianissimo.  Another is that if you have an ironclad technique, you will never injure yourself (of course, it helps but it will not endlessly protect from overuse).  Or, that allergies or acid reflux cause nodules and polyps.  There is also sometimes confusion between technical and physical limitations of vocal capability.

RB: What is the overall role of surgery in restoring a voice?

DrB: It is an option chronically injured singers should know about.  Of course, if surgery is avoidable, it should be avoided.  But after all other means are exhausted and the singer is till professionally, personally, or psychologically affected by the injury, expertly done vocal fold microsurgery will often restore the voice.  To no consider surgery under those circumstances is damaging to the singer and the voice.

RB: How does one know if they are with a qualified surgeon?

DrB: It seems to me that more and more surgeons are good at this.  The singer just must find a way to get beyond a self-representation of expertise by the surgeon.  Ask the surgeon, “How many singrs have you done?”  Make sure that you will see the videostroboscopy examination performed a week after surgery.  Ask around in the singing community.  Do your homework and you will most likely be fine.

I hope you found this interview informative, if you have questions, please feel free to contact me using the form on the right.