Who is Randy and the Your True Voice Studio? 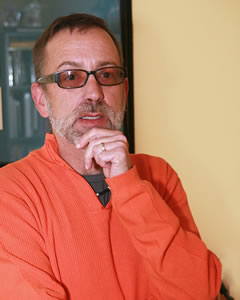 Randy Buescher is an internationally recognized expert in non-classical vocal technique. He is also well known as a clinician, author, vocal therapist, and researcher. His clients have won Tony Awards, Dove Awards, and Emmys, have been nominated for Grammies, and been American Idol finalists. He has also worked with artists from every major label.  He has presented and been a speaker for the Voice Foundation, NATS, Naras, and the Broadway Theatre Project, along with various universities, high schools and other institutions. He currently has two young students on Broadway and is the head of A&R and development for a new record label.

So, those are the facts.  Let’s get down as to why I started doing this.

So, I started out at out at a small music shop in Aurora with about 6 students, and I loved it.  After 2 months I had 40 students.

After teaching for 2 years, I reexamined myself.  I asked myself several questions:

I get this stuff inside out.  You deserve that.